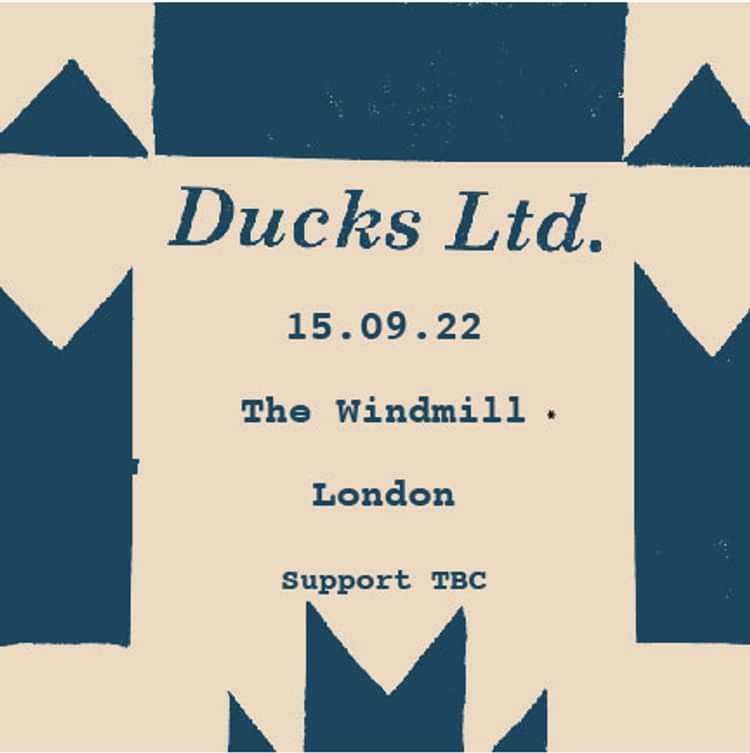 Propelled by a fondness for boundless jangle-pop, Toronto’s Ducks Ltd. (formerly Ducks Unlimited, no association with the questionable waterfowl hunting nonprofit) is a duo that operates with the dynamism of a full band.

Tom McGreevy (vocals, guitar, bass, keyboards) and Evan Lewis (guitar, bass, drum programming) met at a Dilly Dally show around the time they were both applying for permanent residency and playing in different local bands, quickly recognizing something in each other: a resolute love of underrated ‘80s indiepop a la Sarah Records (specifically for Tom, U.K. groups like Close Lobsters, the Marxist band McCarthy, anything on Cherry Red Records; for the Australian Evan, The Go-Betweens and Flying Nun Records).

But impressive knowledge of niche pop music does not make a band: the pair started writing and recording together in 2018, taking the time to discover their musical identity: a whole EP was recorded with outside producers and scrapped, never to be released. “It came out sounding good,” Tom explains, “But not like us.” Their critically acclaimed debut EP, Get Bleak, released on Madrid indie Bobo Integral (Tim Cohen, Massage) in 2019 and re-released on Carpark in 2021 with three additional songs, was originally recorded with live drums—“We’ve had rotating members ever since we’ve been a band. We’ve got Spinal Tap-level drummers at this point,” Evan is quick to point out. That EP, too, was redone—and with a drum machine, built from demos recorded in Evan’s bedroom, revealing the key to Ducks Ltd.’s sound: simple charms, just like the music that inspired it, and a project best served when it’s just the two of them trusting the intensity of their creative relationship.

It’s worked out: Ducks Ltd. have played gigs with The Goon Sax, Weyes Blood and Juan Waters; they’ve received glowing praise in publications like Pitchfork, The A.V. Club and NME. But it’s their debut LP, Modern Fiction and its masterful melodies and depressive fun that confirms it: great things are here, and sometimes, all you need is a good friend to realize it.