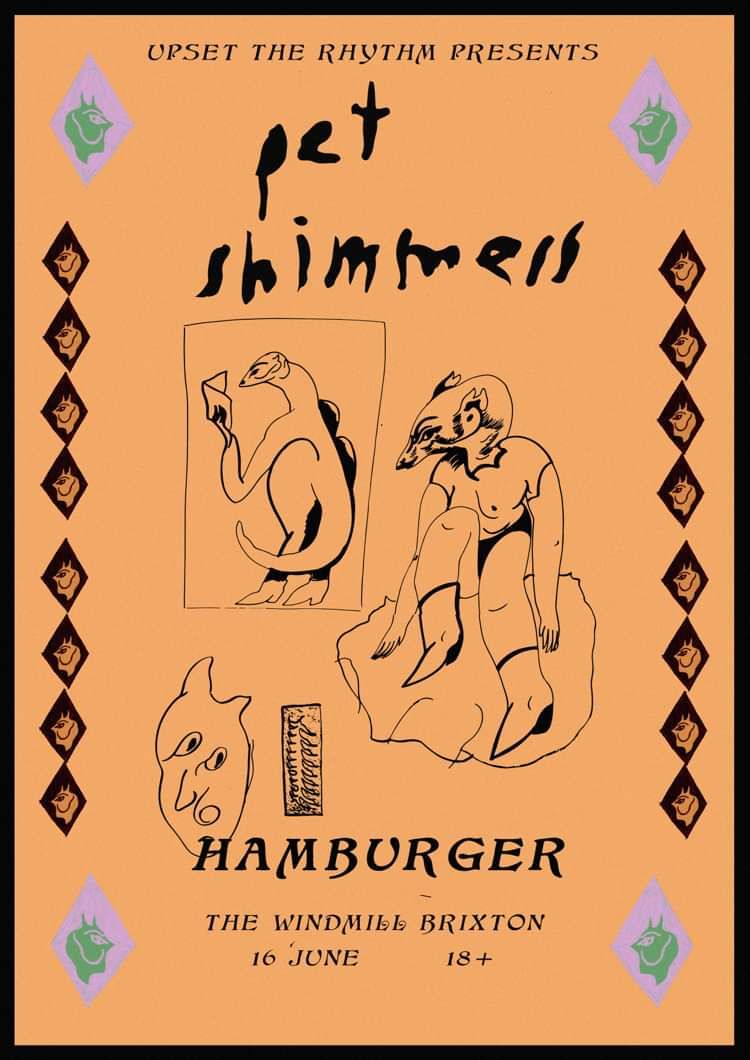 The “Sonder” b/w “Edgelord” 7” is the first piece of new music to come from Pet Shimmers since 2020. It’s a moving mass of technicolor instrumentation - sparkling guitar, taut percussion, and crashes of noise. Songwriter Oliver Wilde’s poetic paranoia climbs towards a victorious chorus. It was the first track the group wrote following COVID restrictions, and was recorded at The Louisiana, a crucial grassroots venue in England that acts as a basement studio by night and a rehearsal space during the day. “Sonder” b/w “Edgelord” 7-inch, is due out June 17th via Brokers Tip, the label of Bob Nastanovich.

..is Tom, Katie, Liv, Fearghall, Mike and Doug; six goofs from Bristol playing “stupid songs about their stupid feelings”. Shimmery, wistful bedroom pop with a 12” EP out now on Specialist Subject. The six tracks on ‘Teenage Terrified’ are highly crafted and reflective, focusing on personal themes and emotions, but often twisted through a semi-fantastical lens.