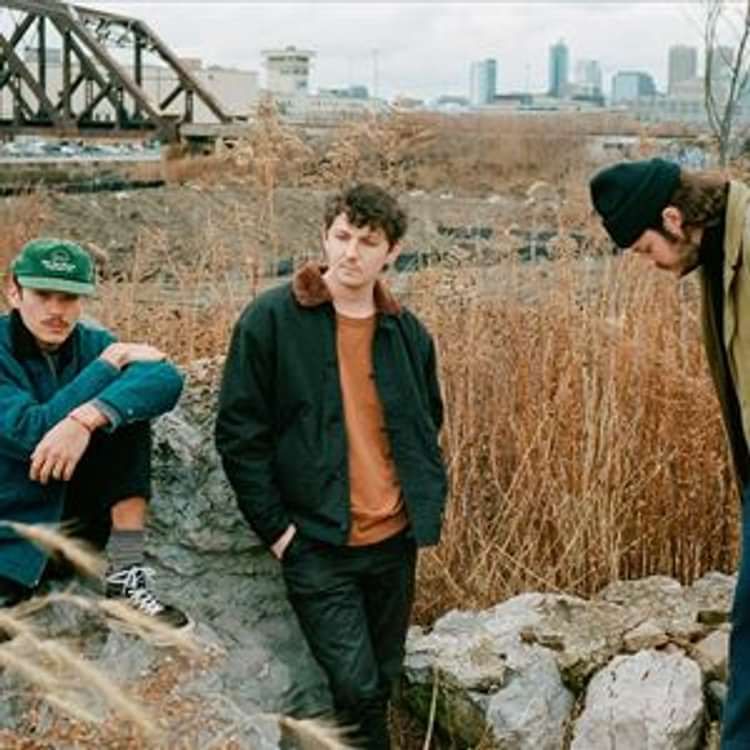 Deeper — singer and guitarist Nic Gohl, bassist Drew McBride, and drummer Shiraz Bhatti — are all graduates of Chicago’s rich DIY scene who came together around their love of Wire, Devo, Gang of Four, and Television.

While the new record, Auto-Pain, is still within the Great Lakes post-punk tradition of their self-titled debut, the album isn’t as insular as its predecessor; it’s less interested in pile-driving and more willing to dwell in liminal spaces. Guitars enter the picture precisely, locked bass grooves propel things forward. Drummer Shiraz Bhatti, who is half-Pakistani and half-Native American, embraced the drumming patterns he’d heard growing up at pow-wows, channeling the anxieties of his heritage into his playing and keeping the group grounded when they switch into all-out percussive attack. The result is an album both more nuanced and catchy.