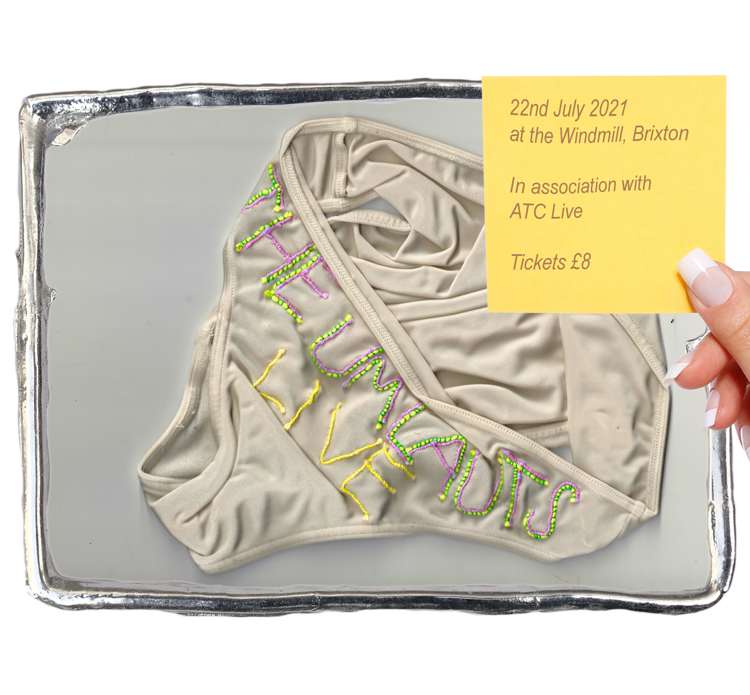 How refreshing amidst the backdrop of the current populist political climate to have a band like The Umlauts. Formed after meeting together at Wimbledon College of Art, but with two of their four members hailing from mainland Europe, their debut EP ‘Ü’ is a record characterised by cross-border perspectives both stylistically and thematically.

The genesis of The Umlauts resides in Stroud, where the group’s song writing duo Alfred Lear and Oliver Offord grew up and started writing together in the Gloucestershire town’s SVA Artspace. Treating the space as something of a refuge in which they could experiment, the pair delved deep into synthesisers and record collections alike, drawn to The Fall and other first generational post-punks like X-Ray Spex, as well as the likes of Bjork and The Knife.

However, it’s at art college in London and the addition of lyricists and vocalists Annabelle Mödlinger and Maria Vittoria Faldini that’s crystallised them as a band. Their debut EP is a tightly hewn mix of mechanical synth-pop, spiky no wave and bristling post-punk, with Mödlinger and Faldini’s multilingual lyrics giving it a razor-sharp focus. On Um Politik’s rough-edged electro splatter, reminiscent a little of the Units, they rip apart the binary nature of 21st debate, for instance; while Energy Plan’s foreboding electronic kosmische is centred around multi-disciplinary artist Joseph Beuys’ quote “Energy plan for the western man” and laments our eroding empathy for one another.

“Before making this record, Maria and Annabelle had only worked in the visual arts” explain the group. “This made working on the record more exciting as we were all learning as we went along, and their personality as singers came from their art backgrounds.”

It’s their geographic backgrounds that come to the fore too, with the two vocalists singing in their native tongues. With Mödlinger hailing from the Austrian Alps and Faldini born and raised in Monaco, one of The Umlauts early fascinations has been communication across boundaries and what can be conveyed – and lost – in translation.

“We’re interested in forming dialogues between different languages, creating confrontation and harmony both politically and personally” they say. “This record is an English, French, Austrian and Italian Record.”

That’s something made clear from the off. The Fact is built on spiralling hooks and fizzling drum machine percussion, at once continental dance-floor inspired but shot through with an anglo-punk rawness. The proceeding Boiler Suits & Combat Boots meanwhile is a sideways look at the dangers of dystopian uniformity that arises from places iconised as the hubs of perceived artistic cool.

However, away from the cutting commentary there’s also an underpinning euphoria to what The Umlauts are doing. Much of the EP was completed at the PRAH studios in Margate, after initially beginning to come together over Lear and Offord’s kitchen table in Peckham, and the excitement of those overnight sessions – of four people finding themselves creatively – is evident, not least on the fuzzy subs and disorientating melodic sways of final track Remedy Song.

That The Umlauts formed and operate in the shadow of the UK leaving Europe isn’t something a trans-European group have been able to shy away from, but it’s also why they come across as a much-needed antidote. They’re a brilliantly idiosyncratic reminder of the benefits that a melting pot of cultures and cross-border perspectives can result in.