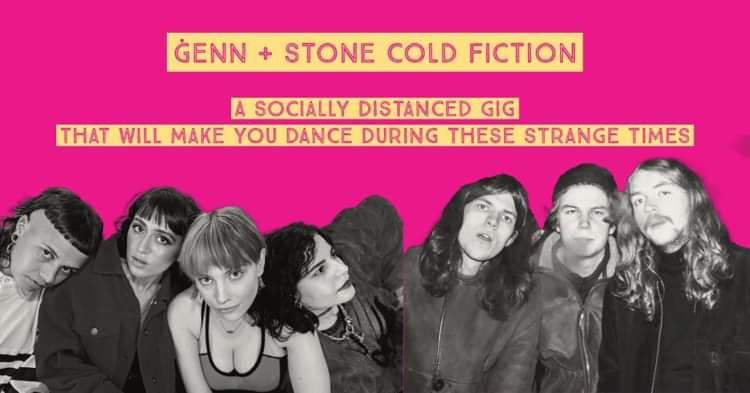 ĠENN (pronounced Jenn) is a musical riot, ready to rock your ears and mess with your brain. They’re serving alternative post-punk madness with a fun twist, fresh out of their DIY framework. The quartet is composed of Leona Farrugia (vocals), Janelle Borg (guitar), Leanne Zammit (bass) and Sofia Rosa Cooper (drums). Together they’ve been shaking audiences to the core with their infectious tunes, and with the honest, relatable themes they attack in their tracks.

Formed in 2015, Brighton via Bristol based Stone Cold Fiction have toured the UK and performed at notable festivals including Isle Of Wight, BBC 6 Music Festival and Dot to Dot. They have also played support slots for IDLES, Demob Happy and Cleopatrick. The band's debut album 'Strange Times' absolutely embodies the Psych-Rock experimentation and DIY approach that has come to define the band through its formative years.