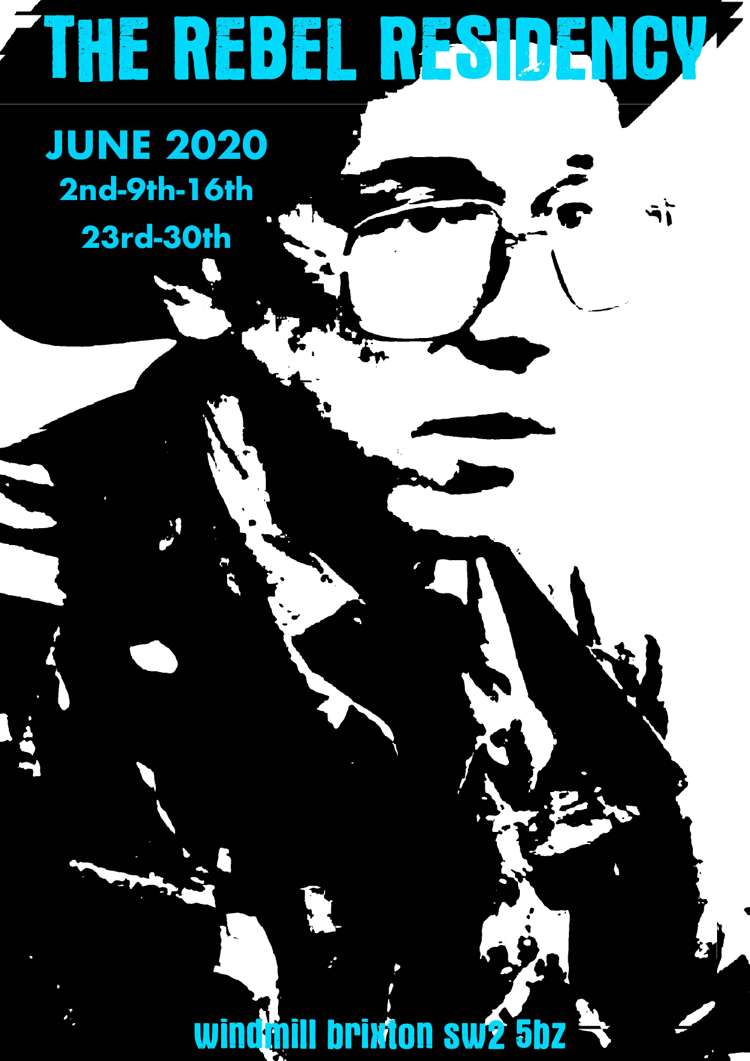 The Rebel has been a huge influence on many bands around south London so in 2017, we thought we'd give him a four-week residency and invite along some guests. They were such good times that we decided to make it an annual event.

The alter ego of Country Teasers’ Ben Wallers, The Rebel dates back to the tail-end of the 80s—having existed side-by-side throughout Country Teasers’ prolific career—often releasing records at a steadier clip than Waller’s main project with songs too madcap to fit into even their William-Burroughs-by-way-of-The-Residents take on country music.

"bitterly humorous lyrics.. a mix of The Fall’s 80s rockabilly inspired ‘Grotesque’ and the Velvet Underground [on “Hypnagogues”]"— NME

Countryesque creations delivered via vox and a Flying V guitar.