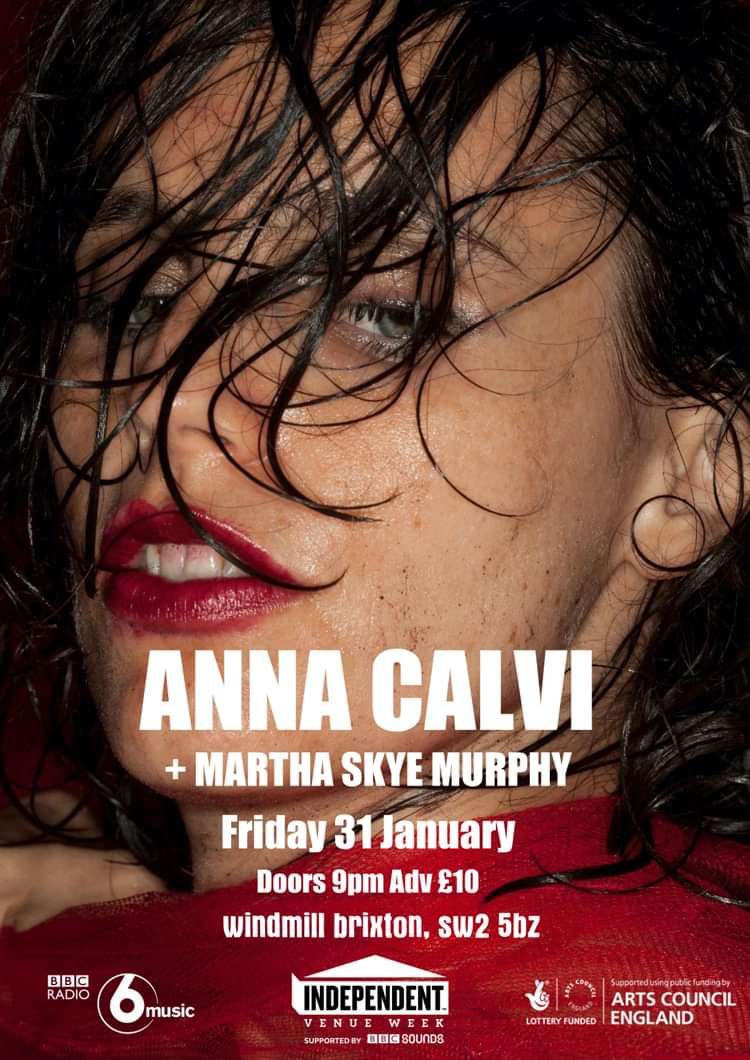 This show is now SOLD OUT. There will be no tickets on the door and there's no guestlist places.

We're delighted to have Anna Calvi playing an intimate show at the venue as part of Independent Venue Week and The BBC 6 Music Homecoming Tour with Steve Lamacq.

“January can be a make or break time for small venues, so it’s terrific to be involved in Independent Venue Week again, which was launched specifically to support these places and the artists who thrive in them. This time we’re trying to emphasise just how important local venues can be in providing a stage for new artists on their way to bigger success, by taking some of our favourite musicians back to the haunts where they first plied their trade and began honing their songs.”

On the final stop of the tour on Friday 31 January, Lamacq will broadcast his 6 Music show live inside London’s renowned independent venue, The Windmill Brixton, where he is joined by IVW’s 2020 UK Ambassador Anna Calvi for an incredibly intimate live performance. The London born singer and guitarist is a three time Mercury Prize nominee who scored the fifth season of BBC One series Peaky Blinders and is set to captivate audiences in this very special, one-off show.