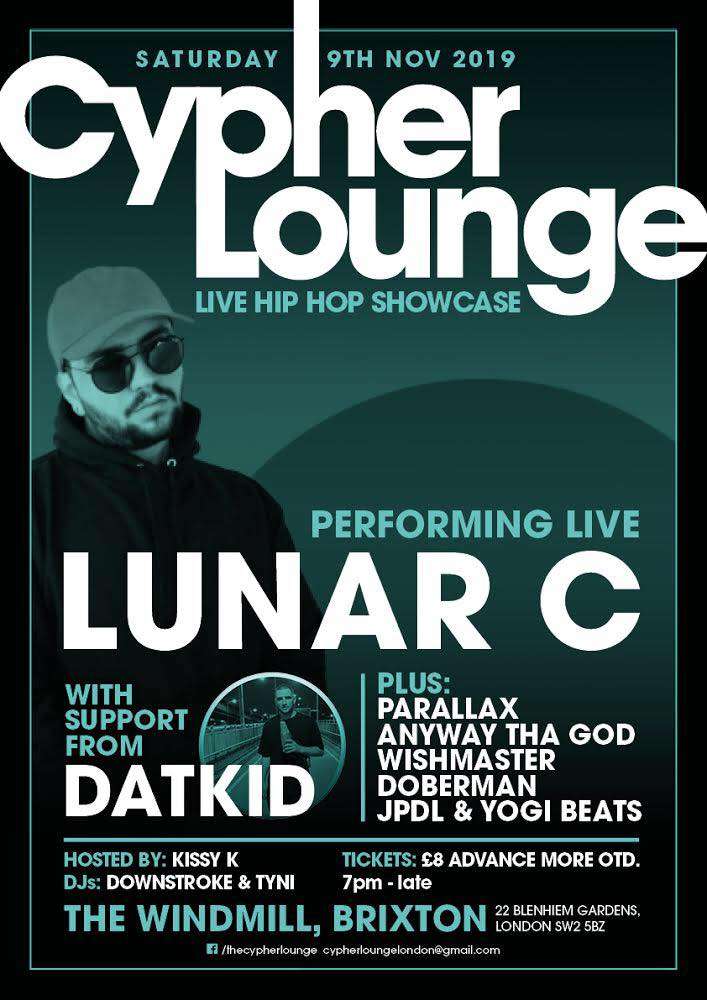 Lunar C, Datkid and many more

Following the success of first album "Dirtbrain", Lunar's second eagerly awaited album is set to drop very soon... Now firmly cementing himself as a force to be reckoned with in the UK hip hop scene, working with artists such as Labrinth, Sway, Dirty Dike, Pete Cannon and Dr Syntax... Lunar C is sure to bring the vibes and shut down the show... The Cypher Lounge is honoured to be part of his return to London soil!! He won't be on his own though... as per normal we will have some of the best homegrown talent to support him...

Are you mad? Shit your legs off!! Get tickets now, this will sell out... open mic, live graffiti and good times as per norm!

Performing live on the night: