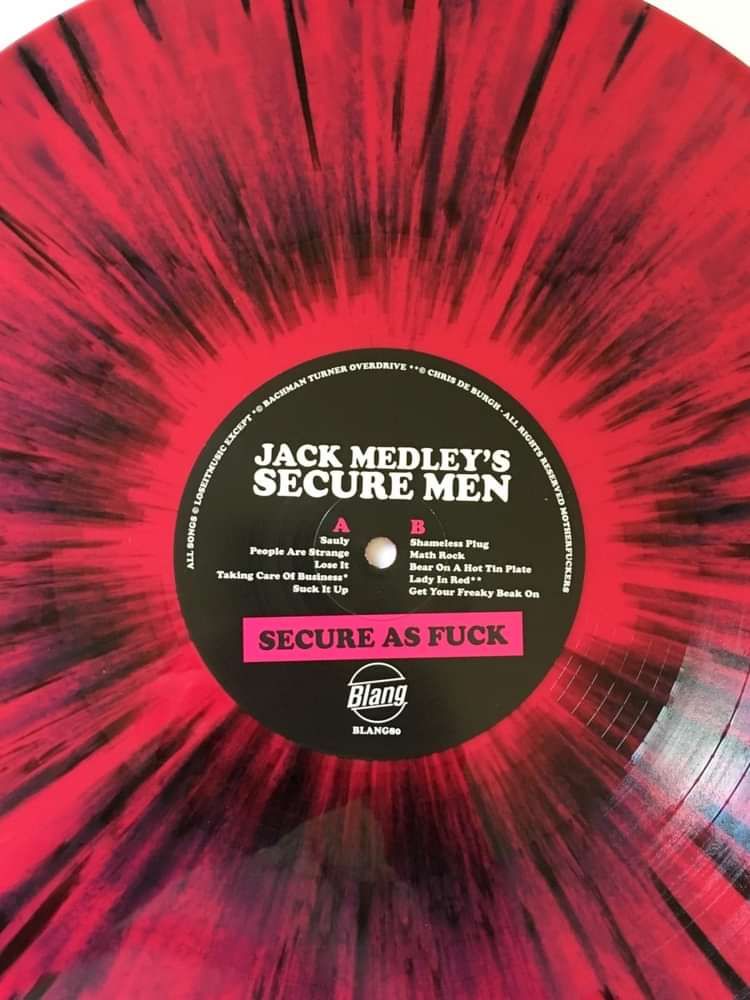 Lovers! Loseits! Bring all your love, your money & your best Lose It capabilities & join us for the launch party of the year for Jack Medley's Secure Men's 'Secure As Fuck' LP. Get your paws on the vinyl a full month before it's official release date and then bask in the glow of being really fucking secure.

As a driving, hypnotic riposte to all that’s conventional, animal cruelty and yuppiedom; Secure as Fuck brings songs in the key of K to lovers and lose-its everywhere. With local reference points but a global sensibility, the record is both a product of the bright lights of Brighton—its pier, its sea life centre, its ride tokens—and the product of the universal, basic human drive to lose it.

In Secure as Fuck there’s sadness, there’s sickness; but there’s hope and optimism. Veering from dances with hallucinatory women in red dresses to diatribes about dancing bears, Jack Medley and producer Dom Keen use frequently wild synths and beats alongside hilarious and surreal poetry to bring order to synaptic chaos. As Medley so adroitly surmised, the record is “like one big orgasm”.

Jack Medley’s Secure Men like to lose it. You heard them. But hell, who doesn’t?

Lose It for lyfe Big up yourselves Watch his paws