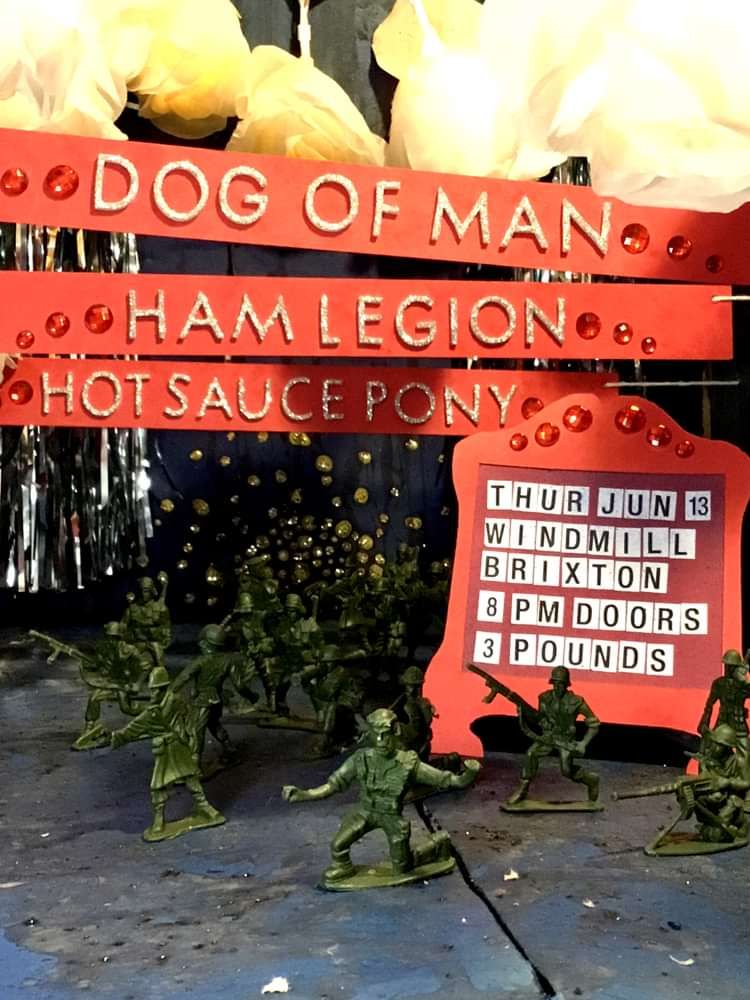 Bursting with beaming up beat power pop, grinding grunge outbursts and dramatic changes of mood. Ham Legion's compact mini-epics dive through sudden passages of twisting, complex prog, to the Englishness of 60s pop, punk, new wave and then lapse into moments of restrained delivery and sombre reflection. A bizarre but compelling mishmash of styles and influences in bite sized chunks.

Self-proclaimed as avant-hard. "Sounds like Julee Cruise playing poker with Stereolab at a Sunn 0))) concert...probably." Featuring current/ex-members of Rat The Magnificent, Modern Men, Steven Evens and Graham Coxon. A bit like The Jesus Lizard. A bit like Deerhunter. But not really like anyone but HSP.