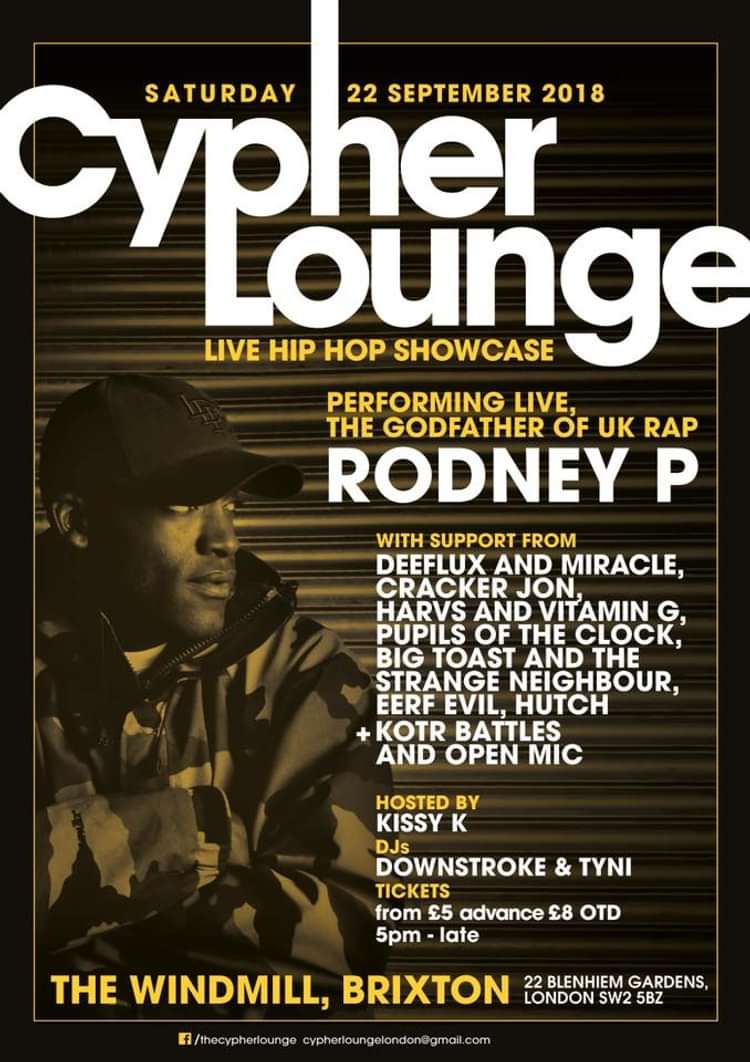 The Cypher Lounge is back with a bang! Open mic, rap battles, live performances and all the other good stuff! This time sees UK hip hop legend Rodney P headline the show...

Rodney P is widely acknowledged as the Godfather of UK Rap. Inspiring a whole generation of British emcees and producers by being the first to rap in his authentic London accent and produce a home-grown Hip Hop reggae vibe that is distinctly rooted in the UK. Following the international success of London Posse, Rodney P has enjoyed one of the most esteemed and perpetual careers in UK hip hop to date. Recognised as Britain’s most eligible candidate for Hip-Hop ambassador; indeed for many his name is synonymous with UK Hip-Hop.

Performances on the night from:

From 5pm - late @ The Windmill Brixton